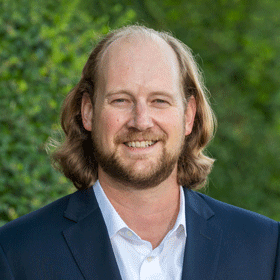 Like most cities across the US, the City of Tulsa is dealing with the maintenance and operation of an aging sanitary sewer infrastructure. One facet of the aging infrastructure of significant concern was the City’s vast array of large diameter concrete sanitary sewer interceptors. The City had found it was difficult to determine the remaining lifespan of its concrete interceptors using traditional close-circuit television (CCTV) methods.

RJN working closely with City of Tulsa staff developed a program to assess the condition and determine the remaining useful life (RUL) of a 60-inch and 66-inch diameter concrete sanitary sewer interceptor traversing a park with an outfall at a lift station. A multi-sensor (MSI) inspection tool—High-Definition Closed-Circuit Television (HDCCTV), Light Detection and Ranging (LiDAR), and Sound Navigation and Ranging (Sonar)—was selected for the inspection.

The MSI tool provided a clean and clear video with a 360-degree pipe profile from the inside of the pipe to capture the data to determine the extent of pipe ovality and wall loss. The system is mounted to a float or tracked and transported and is most effective in pipes greater than 18 inches in diameter.

The pipe selected for inspection during the pilot project was selected due its age of construction and criticality to the overall sanitary sewer network. It was constructed in 1974 and serves a majority of the sewer flow from the north side of Tulsa. More than 12,000 linear feet of 66-inch diameter reinforced concrete pipe (RCP) and 10,000 linear feet of 60-inch diameter RCP were inspected for the project.

A remaining useful life (RUL) score was given to each pipe segment. The RUL represented the expected time frame before a complete deterioration and potential failure of the pipe. Only one segment— 819 linear feet of 60-inch diameter pipe—was rated with an RUL score of 5, meaning that the expected remaining useful life of the pipe is less than five years. This came as a surprise because the City expected the pipe to have more significant deterioration. We recommended cured-in-place pipe (CIPP) liner rehabilitation immediately to extend the life of the pipe.

Due to the success of this pilot program, condition assessments were completed for five additional concrete sanitary sewer interceptors located throughout the City. We discovered a concrete interceptor with advanced deterioration that warranted the majority of the pipe be rated as a 4 on the RUL scale with five of the 32 segments rated at 5.

It was expected, because the pipe was installed in 1998, it would be in better condition than pipes that have been in operation for longer than 50 years. However, due to the low flow conditions observed during inspection (majority of the pipe segments had flow less than ¼ pipe) and location directly downstream of a force main outfall, it is very likely that this particular interceptor experienced faster rates of corrosion due to high H2S gases. More than 50% of pipe wall loss was determined from the LiDAR scan. After confirmation of projected flows for future build-out, it was determined that the entire interceptor had enough capacity for rehabilitation by sliplining. The installation of slipline pipe will extend the life of the pipe for many years to come.

When a municipality is deciding on how to tackle their network of concrete sanitary sewer interceptors, utilizing the multi-sensor platform is an efficient way to assess and prioritize rehabilitation of concrete interceptors. Keep in mind, it is not always the oldest pipe in the system that needs rehabilitation first. Many factors, such as low flow conditions, inline siphons, and force main outfalls, can cause highly corrosive H2S gas environments that lead to faster deterioration of concrete pipes.